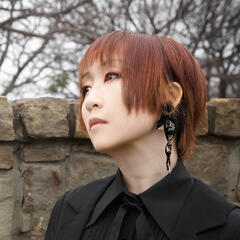 Emi Lo is a Taiwanese/Chinese-American voice actress and director with remote recording capability. She is most well known for Rena in Higurashi no Naku Koro Ni - GOU, Rinku in D4DJ, Hei in The Legend of Hei, Michiru in Talentless Nana, Kate in Shadows House, Mirai in Dr. Stone, Evelyn in Pokemon Masters EX, and Delmin in Show By Rock! MASHUMAIRESH!! You can also hear her as Tamase Miki in Muv-Luv Project MIKHAIL, Hototo in Appare-Ranman!, Tsuki Watanabe in the film Love Live! Sunshine!! The School Idol Movie: Over The Rainbow!, Ayano in Hensuki, Usalia in Disgaea 6, and Rakko in A Certain Scientific Railgun T, among others.

As an ADR voice director, she has helped direct Ranking of Kings, Shadows House, The Saint's Magic Power is Omnipotent, and Restaurant to Another World 2, among others. She has also ADR directed music for Life Lessons with Uramichi Oniisan.